Research-Intensive Universities in Africa? A Model of How to Build Them 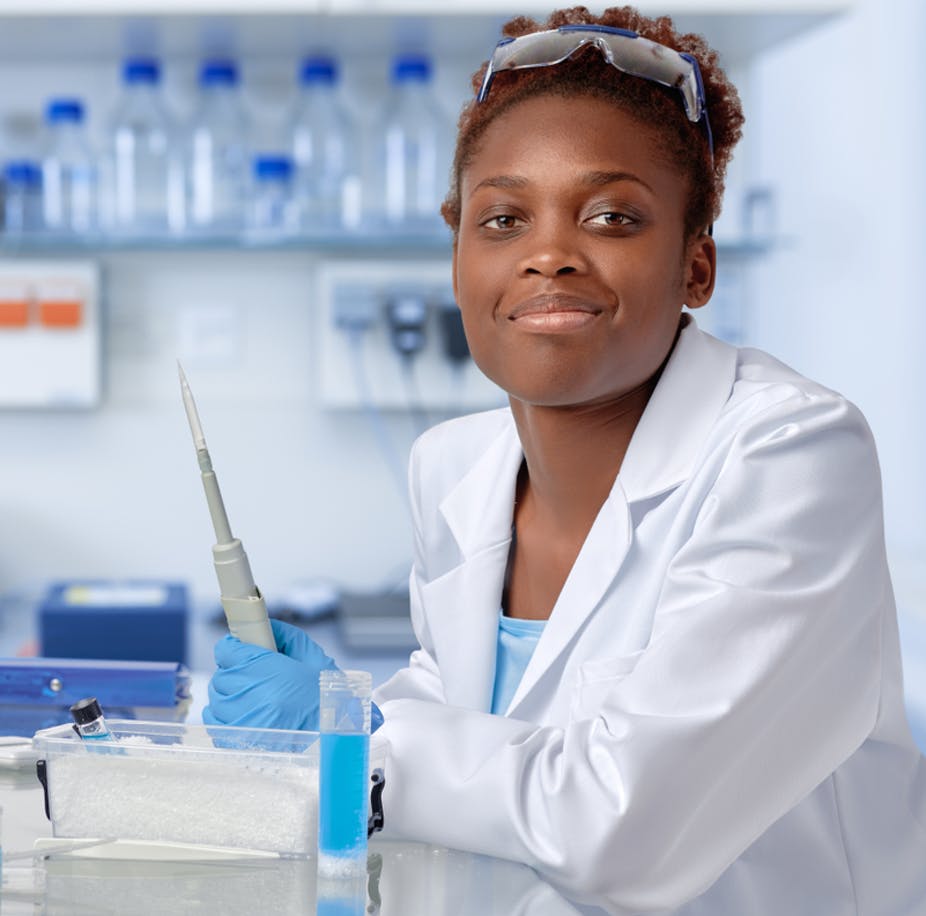 Sub-Saharan Africa accounts for 13·5% of the global population but less than 1% of global research output. In 2008, Africa produced 27 000 published papers – the same number as the Netherlands. There are some areas of improvement. A 2014 World Bank study showed that the quantity and quality of sub-Saharan Africa’s research had increased substantially in the previous 20 years. It more than doubled its annual research output from 2003 to 2012. And it increased its share of global research during the same period. But Africa’s overall research record remains poor. Part of the problem is that the continent contributes less than 1% of the global expenditure on research and development. African governments don’t spend a significant percentage of their gross domestic product (GDP) on research. Another issue is that sub-Saharan Africa depends greatly on international collaboration and visiting academics for its research output. In 2012 southern Africa produced 79% of all its research output through international collaborations. In east Africa the number stood at 70% and in west and central Africa at 45%. This stands in stark contrast to intra-Africa collaboration which is extremely rare. Collaboration among local researchers ranges from 0·9% in west and central Africa to 2·9% in southern Africa. Limited government funding for universities lies at the root of these challenges. It is here that one of the solutions must be found. It’s time for African universities, governments, and development partners to take action by fostering the development of research-active universities on the continent. The model we have developed at the Consortium for Advanced Research Training in Africa (CARTA) provides evidence that revitalisation of the African academy in Africa by Africans is possible. CARTA is a consortium of eight African universities and four African research centres. CARTA has been independently evaluated and recommended as a model that should be more widely used.

New funding mechanisms will be needed to support research-intensive universities.

The CARTA initiative, working with its northern partners, has drawn on some of these funding sources and created partnerships that have enabled it to bolster the continent’s research capacity. Some of what it’s done could be replicated. We’ve enrolled more than 200 PhD fellows since 2010 – all of whom were recruited from the staff of the African consortium member institutions. We’ve also worked with more than 160 PhD supervisors to revitalise PhD supervision, and worked with more than 570 university staff to make our member institutions more supportive of research. Our PhD fellows and graduates have produced 579 peer reviewed publications and 36 have won post-doc awards or grants to do post-PhD research and they have raised more than USD$9 million to support their PhD research. CARTA has invested more than USD$1.4 million in infrastructure at member institutions and has developed an interdisciplinary seminar programme to promote high quality graduates. The funding mechanisms we suggest will empower research-intensive universities on several fronts. They’ll be able to attract leading researchers, create infrastructure, and develop support systems for research. This is also a way to bring African citizens in the diaspora back to replicate their research programmes on the continent. The research-intensive universities will provide a base for training younger researchers. This will create a virtuous cycle. Output via research publications will increase. Internationally competitive researchers will remain on or return to the continent. Grants will be generated. All of these factors are critical to ensuring long-term sustainability. Designated research-intensive universities mustn’t be allowed to become complacent. There must also be room for upcoming, high-achieving universities to enter the space. We propose ongoing peer review every three to five years. Accountability and transparency will be key. The review function could be entrusted to a supranational body with wide representation. Universities that have previously been designated as research-intensive could lose their designation depending on their research track record.

There’s no doubt that while universities in sub-Saharan Africa have been marginal to global knowledge production, they have started to turn the corner. But challenges remain. This is particularly true for universities that aspire to become research-intensive. Working with African universities to effectively make this transition could transform sub-Saharan Africa’s higher education landscape. This piece is based on an article that appeared in The Lancet. It was co-authored with Laban Peter Ayiro, Philip Cotton, Adam Habib, Peter Mulwa Felix Mbithi, Alfred Mtenje, Barnabas Nawangwe, Eyitope O Ogunbodede, Idowu Olayinka, Frederick Golooba-Mutebi and Alex Ezeh. Sharon Fonn / Professsor of Public Health; Co-Director Consortium for Advanced Research Training in Africa; Panel Member Private Healthcare Market Inquiry, University of the Witwatersrand. https://theconversation.com/africa

First published in the Conversation :https://theconversation.com/africa