We map the impact of poverty on a woman’s life course using the new CARTA Evidence platform. Research can help reverse the trend. 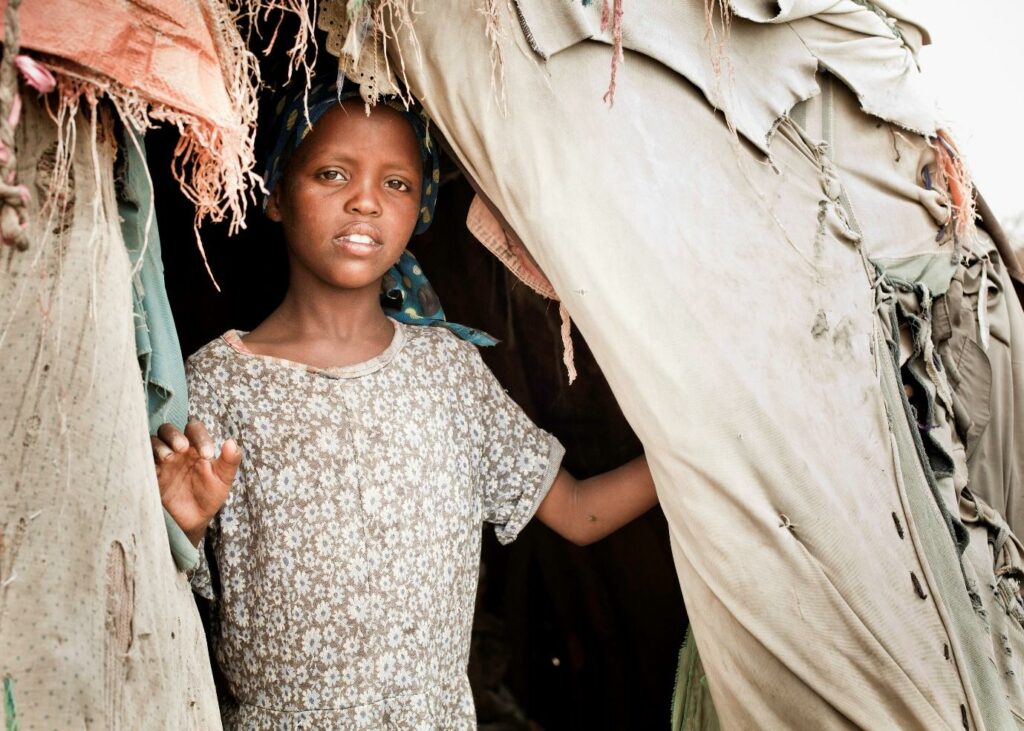 Skip to main findings and recommendations >>

Sub-Saharan Africa is home to over half of the world's extremely poor people. Forecasts show that by the year 2030, nearly nine out of every ten people living in extreme poverty in the world will call sub-Saharan Africa home. Children and women are especially at risk due to the high rates of poverty-related mortality that affect this population.

Fortunately, health and life expectancy have improved thanks to the scientific advancements made in recent decades. We think that research conducted within the African context and by African researchers can greatly aid in bettering the lives of women. Over the years, CARTA fellows have produced work that, when taken as a whole,  contributes to understanding a wide range of issues relating to public and population health, including poverty alleviation. This report makes use of the recently released AI-enabled CARTA Evidence platform to efficiently compile and synthesize the research conducted by CARTA fellows on the topic of women and poverty.

The combined research of the CARTA fellows and graduates demonstrates the difficulty of being a woman in sub-Saharan Africa and remaining impoverished throughout one's entire life. Many women are born into and remain at or below the poverty line for a variety of reasons, including a lack of education, access to health care, poor nutrition, and even extreme violence. Their children are doomed to continue the cycle if things continue the way they are. The first step in fixing these problems is bringing attention to them. Using the CARTA Evidence platform, we have been able to quickly identify, analyse and present some evidence regarding the lifelong effects of poverty on women and girls.

Family dynamics play a huge role in shaping who a woman can be. Esnat Chirwa, who is a CARTA graduate, and her colleagues discovered strong links between childhood trauma and poverty. They also stated that intimate patterner violence (IPV) is more common among adults who were victims of violence as children. Unfortunately, most impoverished women come from homes where alcoholism, drug abuse, or sexual violence were common. Stephen Wandera’s findings in Uganda, where   financial status was a strong predictor of intimate partner violence, support this position. According to the findings of this study, women who have experienced or witnessed wealth throughout their lives are far less likely to be victims of intimate partner violence than women who have grown up in poverty. This study goes on to show that the main factors linked to IPV are related to men, so the men in these families bear the brunt of the blame for this epidemic.

When it comes to women, adolescence is a pivotal time of change. Physical, mental, and emotional growth and change are all accelerated during this time. Many adolescents experience considerable mental muddle as a result of these developmental shifts. When coupled with a lack of education and the absence of positive parental figures, this can have a significant impact on a child's development. Adesola Olumide and her team found that adolescents from economically depressed families have high levels of depression and posttraumatic stress disorder. Poverty, as discussed by Beatrice Maina  and others, compounds the difficulties of adolescence by preventing girls from meeting their hygienic needs.

When both parents are unable to provide for their children, the oldest adolescent girl typically steps up to the plate. There are many costs associated with taking care of others, including forgoing education to support family's income or caring for younger siblings. Young women in this position frequently engage in sex work to support themselves and their families. Boladale Mapayi found that economic factors are the primary drivers of young women engaging in commercial or transactional sex work in Sub-Saharan countries. While sex work is illegal in most of the region, widespread gender power dynamics prevent women from successfully negotiating condom use. Because of these factors, young women have a higher chance of contracting HIV and other STDs and of becoming pregnant against their will. Between the ages of 15 and 24, HIV infection rates have increased fivefold in sub-Saharan Africa. Makhosazane Khoza worked with others to show that the prevalence of HIV among adolescents has been increasing fivefold between ages 15 to 24 years in sub-Saharan Africa. They added that some young South African women believe they are unable to engage in sexually safe behaviour because their partners provide for them financially and buy them gifts.

The long-term effects of sex work, especially on the mental health of women in the industry, should also not be ignored. Soweto, South Africa was the site of a study by Kennedy Otwombe and colleagues who found that severe depression affected almost 70% of the sampled population and that post-traumatic stress disorder (PTSD) affected about 30%.  Approximately the same percentage (+30%) experienced both depression and PTSD. High rates of PTSD and depression were observed in female sex workers, especially when compared to rates of rape survivors in the general population. Most of the difference was accounted for by the higher likelihood of being subjected to sexual violence. Internalized stigma and low self-esteem were identified as factors that increase the risk of developing a mental health disorder. Together, these obstacles faced by impoverishes girls have far-reaching effects on adolescents and young women.

In adulthood, maternal health is crucial to a woman's overall well-being. Reason being, in many cultures, including that of Africa, it is expected of adult women that they produce offspring. The many negative outcomes that can result from an unsatisfactory maternal health system are now common knowledge. According to Sunday Adedini and others, poverty was a significant factor influencing delivery and antenatal clinic attendance which has implications for maternal mortality.

Women in Sub-Saharan Africa have a high mortality rate  due in large part to a lack of access to maternal health services. CARTA graduate Stephen Wandera conducted research in Uganda to determine what factors affect women's access to maternity care. In addition to financial hardship, Wandera’s team discovered that a lack of formal education also prevented people from receiving necessary medical care. In a similar vein, CARTA graduate Ikeola Adeoye and her colleagues in Nigeria found that a woman's level of education, household income, and location were all major determinants in her ability to receive prenatal and postnatal care. The researchers found that in this study, women with higher levels of education were more likely to use maternity care centers than those with lower levels.

When women are poor, they are more vulnerable to violence of any kind, including from their partners and from strangers. In addition, Ikeola Adeoya and other colleagues found that 42.3% of Nigerian university-aged women have experienced intimate partner violence (IPV) at some point in their lives. Women in graduate programs had significantly lower IPV rates, implying that education may help to alleviate this problem.

The collection of well-curated evidence-informed innovations available through CARTA Evidence platform allows us to rapidly generate recommendations that may be used to support women who are born into poverty. Joshua Akinyemi  and others recommend the use of community outreach programmes to target the impoverished and at-risk populations. Sunday Adedini makes similar suggestions, arguing that targeting poverty reduction programs and increasing health facility delivery in disadvantaged communities can help improve maternal healthcare utilization. In addition, Nicole de Wet-Billings proposed legislative reforms and their enforcement to help keep children in school. Esnat Chirwa et al. add that reducing violence against children, opening the door to the treatment of parental mental health problems, and advancing gender equality all hinge on addressing the culture of violence in the home. According to Adesola Olumide et al. increasing adolescent social supports in families and communities may alleviate distress and foster hope. Female caregivers' support for their adolescents at home may improve their daughters' outlooks. Human rights approach to healthcare access and safety is emphasized by Nicole de Wet-Billings and her team, along with the significance of free health services and the reorientation of health workers to the needs of the poor in society. A key point made by Maurice Mutisya was the need to increase social protection programs in order to alleviate childhood hunger. They advocate for the implementation of realistic solutions like monetary transfers to help alleviate hunger. In a different study Maurice Mutisya found that investing in the education of impoverished households may help to improve their livelihood in the long run.

This women and poverty case study demonstrates the utility of the CARTA Evidence platform for rapid synthesis of evidence relevant to Africa's various pressing public health problems. This also exemplifies the extent to which CARTA trains its fellows to recognize pressing issues in the region and design research studies to inform their resolution.