Dispelling the Mysteries of “the Poor Old Witch” 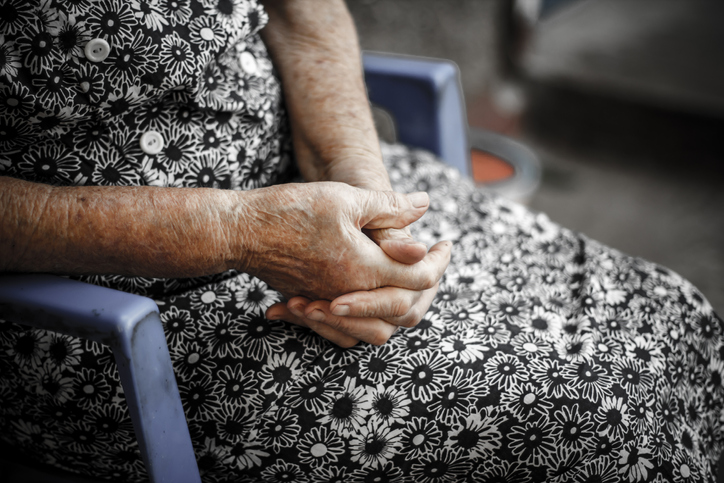 Dementias and state of research

Alzheimer's disease (AD) is the most common type of dementia globally and is the fifth leading cause of death and disability. About half of all people suffering from the disease are living in sub-Saharan African countries (SSA).

Alzheimer's disease becomes more common as people age, and women, African Americans, and Hispanics are more likely to develop it than other groups. Due to a lack of knowledge about this disease, patients have been labelled as “old witch”, to “behave like a kid” or even perceived as going through a normal ageing process, and as a result, no proper care or support is provided to them. Alzheimer's disease, in fact, can cause a wide range of symptoms affecting memory, thinking, orientation, learning capacity, language, and judgment.

Alzheimer's disease is also hard to deal with because it has many financial and emotional effects on both the person with the disease and their caregivers. Medical care and long-term care costs, such as home healthcare, assisted living, or hospice care, add to the financial strain. Most of the time, family members or other people close to the person with the condition take on the emotional burden, including the demands of physical care. It also entails dealing with feelings such as guilt or shame for not being able to do more for their loved one or grief for the losses that dementia brings.

Despite the growing elderly population in SSA, there have been few studies on Alzheimer's disease and other dementias. According to Alzheimer's Disease International's 2017 report on Dementia in Sub-Saharan Africa: Challenges and Opportunities, only twelve studies have been conducted in sub-Saharan Africa; six of these studies were conducted in West Africa, with only one study conducted in East Africa (Tanzania). It's important to understand the evidence about Alzheimer's disease in SSA so that diagnosis, treatment, and support can be better given based on the dominant local contexts.

The objective of this brief and rapid evidence synthesis was to describe studies on Alzheimer's disease in SSA. I used the CARTA Evidence website to search for published articles about studies conducted in SSA countries. Through the work of CARTA Fellows, a new website called CARTA Evidence brings together research evidence from its partner universities and research institutions. It also draws on other research conducted in SSA for its website. The website makes it easy to find, sort, and summarise publications on research done in SSA that aid in the resolution of regional challenges.

Studies published between 2000 and 2022 were initially included regardless of research approach, age, or gender. I started with a free text search using the key word “Alzheimer’s”. This generated 192 articles. I then used the website's filters to focus on the selected research areas of “Mental Health,” and “Health Systems”. This resulted in the following 19 publications from six African countries: South Africa 4, Uganda 4, Multi-Countries 7, Cameroon 1, Ghana 1, Tanzania 1. I further narrowed down the search based on study design. This generated 6 studies: 2 cohort studies and 4 cross-sectional studies. These 6 publications were exported to an Excel sheet where thematic summaries were provided after reading the full articles.

This review included publications from South Africa 1,2, Uganda 3,4, Nigeria 5, and Tanzania 6. A summary of the study objectives and finding from these papers is presented below:

Two studies have looked at how common dementia and Alzheimer's disease are in SSA. The first study, from Uganda, found that 20% of the population had dementia. This was much higher than the estimated rates of 8% from South Africa and 6.4% from Tanzania. The second longitudinal study reported that annual rates of dementia and Alzheimer's disease were lower among Yoruba people in Nigeria than among African Americans in Indiana. For example, the age-standardized incidence of dementia was 1.35% among Yoruba and 3.24% among African Americans. The age-standardized incidence of Alzheimer's disease was 1.15% among Yoruba and 2.52% among African Americans. The differences between these groups need more research into their causes.

A separate study from Tanzania and Nigeria wanted to see if it would be possible to use a low-literacy version of the Alzheimer's Disease Assessment Scale – Cognitive (ADAS-Cog) among rural SSA populations. According to the research findings, the average ADAS-Cog scores in dementia cases were 28.75 and 12.75 in people without dementia, indicating that this version of the tool had good psychometric properties in this setting.

Another recent study from South Africa looked at the prescribing patterns and cost of drugs used to treat Alzheimer's disease in the private health care sector. The most commonly prescribed active ingredient was found to be Donepezil (37%), followed by Galantamine (36%). Donepezil also made up 39.50% of the cost of the drugs, and the average cost of a prescription for Donepezil was R634.76 while the average cost for Memantine was R551.35. The researchers also found that the average daily doses (PDDs) of all active ingredients were lower than the daily doses (DDDs) for each ingredient.

In another South African study, the spectrum of non-cognitive symptom in 63 primary caregivers of people with Alzheimer's disease was looked at. Results showed that neuropsychiatric symptoms like agitation, irritability, and apathy were seen in half of the sample. Aggressive behaviour was linked to lower cognitive functioning, and depressive symptoms were more common in those with higher levels of cognitive functioning. These findings could have an impact on caregiver distress and caregiver management in non-institutionalized Alzheimer's patients.

Lastly, a qualitative study was conducted in rural areas of south-western Uganda to look at the nature and perceived usefulness of informal support given to people with dementia. It found that informal support came in many forms, such as helping people get medication or find lost items, as well as informal counselling sessions, etc., and that the burden caregivers feel when taking care of people can have big effects on their mental, physical, and social health.

The findings presented here are based on data from the Carta Evidence website and are consistent with previous studies that have reported limited research on AD and other associated dementias in SSA. Overall, there is a need for more research on Alzheimer’s disease and other dementias in sub-Saharan Africa. Future research should focus on investigating the prevalence and incidence of these diseases in SSA, assessing the modifiable and non-modifiable risk factors associated with them, and exploring the treatment options (including costs) available from public hospitals.

Given that these diseases affect people's memory, thinking, etc., informal caregivers should be trained to provide care for those who suffer from dementias. Importantly, creating public awareness and community sensitization regarding Alzheimer’s disease and associated dementias is important and may help dispel conspiracies linked to these diseases as well as increase community support for those living with these conditions and their families.

Lastly, funders must support these kinds of studies so that we can learn more about how to treat people with AD and related conditions in SSA. With proper funding and dedicated researchers, we can make strides towards informing and improving the quality of life for individuals living with Alzheimer's disease throughout sub-Saharan Africa and their caregivers.

CARTA Evidence also plans to update its database of peer-reviewed research publications from African countries in the first quarter of 2023. This will ensure greater inclusion and representation in research.